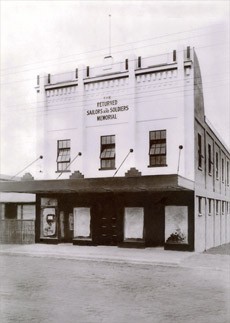 Although the Townsville RSL Sub Branch was operational from 1917 and its official charter was received in 1919 it operated out of a series of establishments in the Townsville CBD including the Soldiers Rest. In 1933 the first Memorial Hall was opened in Sturt St.

Land was purchased in the 1960’s at its current site, on 139 Charters Towers Road, Hermit Park and the subsequent Clubhouse “The Old Brick Building” was opened in 1966. With the introduction of Queensland Gaming, the Sub-Branch built a two-storey Clubhouse in 1994 on 7300 square metres of freehold land beside the exisiting club. A second stage was built complementary to the existing building and was opened in 1998. The new building is now a two-storey complex of more than 3030 square metres with further plans for expansion and construction stage 5.1 has just been completed

The current membership base is approximately 20,000 and growing.